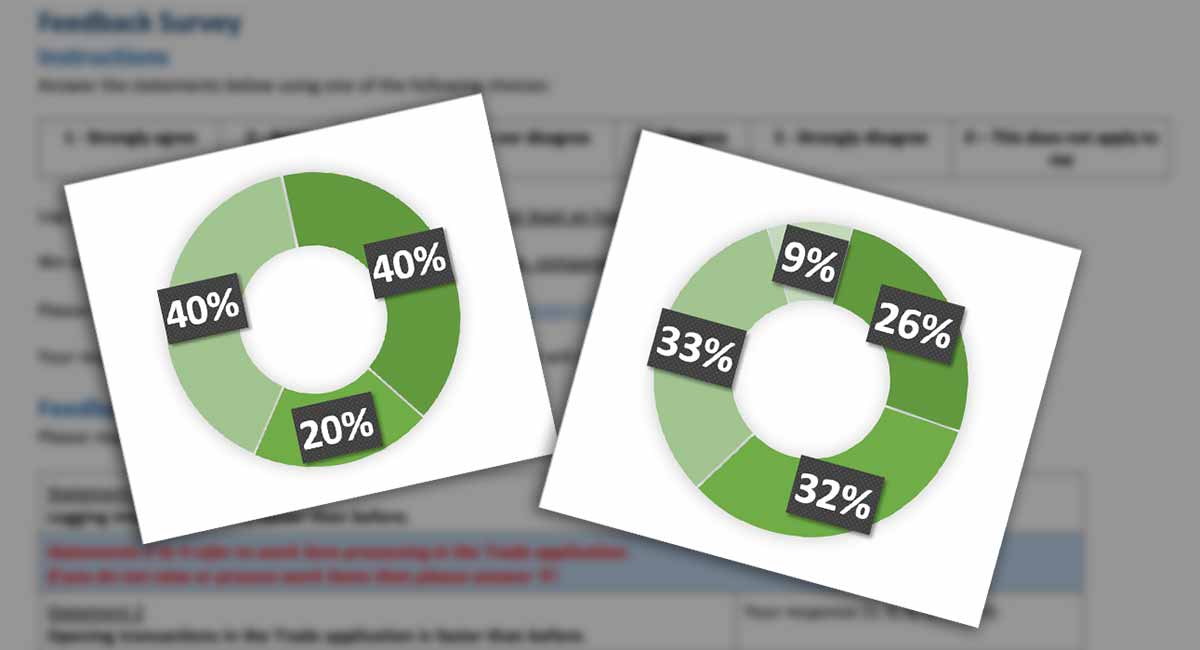 In this project I conducted basic user research to uncover insights affecting users of a banking system.

I was responsible for a workflow system used by over 3,000 staff in 40+ countries around the world. It processes time-sensitive documents for global trade financing.

Over several months, our users raised concerns about the system’s slow performance. Previous investigations failed to find meaningful solutions, so I set about identifying areas where the application needs to be improved.

We needed to understand how the problem presented itself to users by using test data to find out:

Once we had the root causes and remedies, we would repeat the same set of tests and make comparisons.

I selected and interviewed transaction processing users from the busiest centres in the UK, India and UAE to discover their frustrations with application performance. They also illustrated their problems over WebEx to give us areas to target.

Based on the activities captured in the interviews, I drew a plan to record times on the same tasks as experienced around the world. I recruited and ran remote moderated tests with 15 users spread over ten sites in North America, Europe, Middle East and Asia. They had identical sets of data and tasks to search, open and save transactions.
I extracted benchmarks from session replays then showed the results to engineers for scrutiny. The team identified inefficiencies and redundancies in the code, causing unnecessary network traffic and wasted round-trips to the system’s servers.
When the code was optimised and ready for release, I invited the same users to run through the same scenarios again and take new timings. I was mindful to schedule the sessions on the same weekday and time as the original benchmarks for consistency. 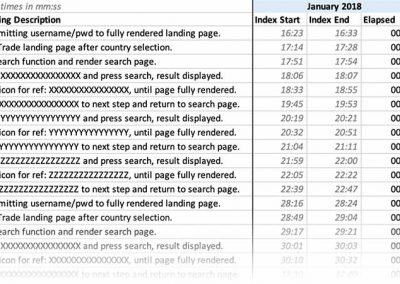 After updating the system, I sent out a user survey to collect feedback.
I prepared nine statements to learn whether users noticed changes to the application response times. Users scored their agreement on a five-point scale.

I received 115 responses from 17 countries from the survey, then presented a summary, along with benchmark comparisons to business stakeholders and senior managers. 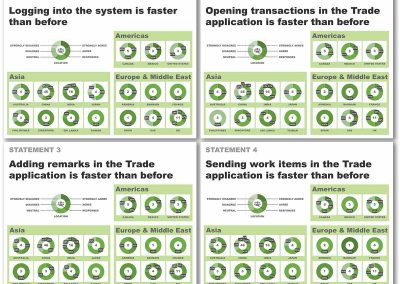 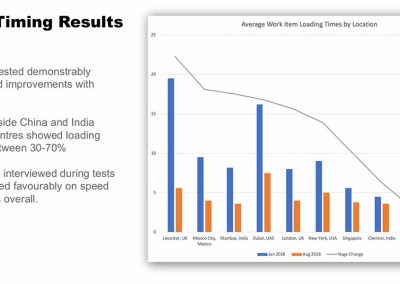 Here is a round-up of the deliverables included in this project:

What would I keep doing?

What should I stop doing?

What could I start doing?

What were the challenges in this project?